European Society for the History of Political Thought

“I’m a writer and scholar who works on moral and political thought. My first book was on nationalism and national identity. Nationalism fascinated me from an early age, no doubt because I was born and grew up in Japan as an obvious gaijin (foreigner), and wanted to understand why some people cared so much more than I did about national differences. I still don’t care much about them, but have come to appreciate why other people do.” 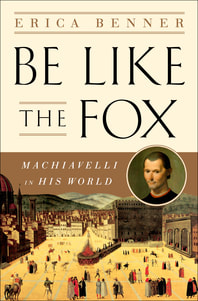